I've spent my whole working life flying the flag for qualitative research, but little did I know that it had played a part in the downfall of Hitler and the Nazi Party. Then I go and watch Darkest Hour, and all is revealed.


Winston Churchill, supremely well played by Gary Oldman, is in a bit of a tight spot. The war cabinet is putting pressure on him to open peace talks with Mussolini and Adolf Hitler; 300,000 British troops are stuck in Dunkirk; and he’s struggling to find a match to light one of his over-sized, iconic cigars.

And that’s when things begin to change. 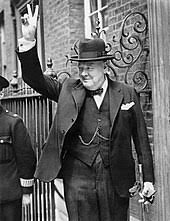 It turns out that Churchill has decided that he needs to run a group discussion. And what better place to hold it than on the London underground.


Like all good quallies, he gets lost on the way and seeks the help of a friendly Londoner who sets him on the right track to the District Line where he must travel just one stop to Westminster.


On the tube, he finds the group all waiting for him. Some stand up, others look at each other, not quite knowing when the group is going to begin. The silence is broken, and the warm-up starts once a chap has offered Winston a match; so, he’s up and running, ready to begin moderating.


Recruitment seems to have gone well, that is presuming Churchill has asked for a good cross-section. So, we have men and women, a builder, a lady with a baby, someone going to a job at an office and sure enough, we have someone from the BME community who turns out to be very well read and capable of finishing off one of Winston’s learned quotes. Who’d have thought it.


The discussion lasts just one stop, but it seems tube journeys were slower in those days because, like all good moderators, Winston manages to cram a lot in. It turns out that these ‘ordinary’, ‘salt of the earth’ Londoners would much rather face up to Hitler than to try and negotiate a peace deal. They’ll use broom handles if they need to, if that’s what it takes to defend their country.


Winston’s heard all he needs. He marches back to Westminster, topline findings written on a scrap of card, including the names of the participants, and announces to anyone who’ll listen, that the people have spoken. We shall not surrender.


So, there you have it, in his darkest hour, Churchill knew that qualitative research would give him the answers he required. He decided to consult the public and he did so using a group discussion.


Who knows whether this actually did take place and, in fairness, it was one of the cornier sections within what was an excellent film.


But as a flag-flying qual researcher, who cares?


This was research in action. This was Winston doing ethnography. This was Churchill taking on board the views of the people and using this knowledge to help change the course of history.
Qualitative research, saving the world, one focus group at a time.
Posted by Park Lane Research at 02:54 No comments: